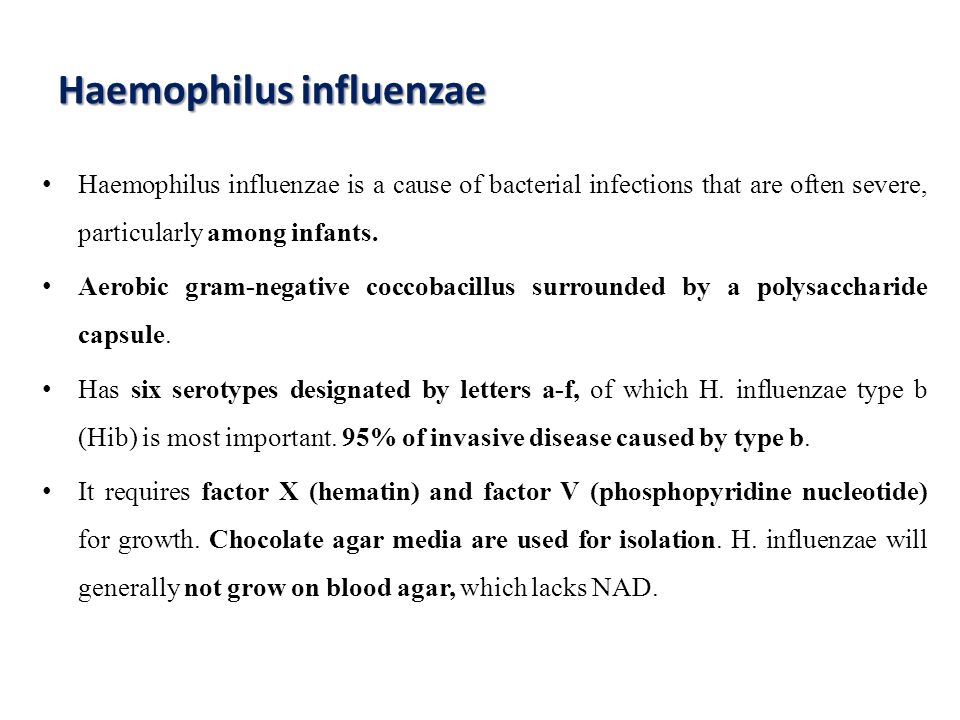 There are many questions that come to mind when we think of Haemophilus influenzae and what disease it causes. These questions include what type of disease the bacteria causes, how it affects the body, and whether or not Hib can lead to meningitis. Here is some basic information to help you decide whether or not it is a health risk.

How does Haemophilus influenzae affect the body?

In most cases, Haemophilus influenzae infections don’t have any noticeable symptoms at all. Most people become colonized with the bacteria within 10 days, but in some cases, the infection is not visible until more than 60 days have passed. Once a person has contracted this disease, they should get antibiotics as soon as possible to treat the symptoms.

People with the infection can spread the bacteria to other people through respiratory droplets and by coughing. They can also transmit the infection through close contact. People with the disease are susceptible to a variety of illnesses, including meningitis, pneumonia, and bacteremia.

Although all types of Haemophilus influenzae can cause infection, the type b strain is the most common and can lead to serious illness. It is particularly harmful for infants and young children. The most common symptoms associated with this type of infection are fever, stiff neck, and vomiting. Other types of the bacteria can cause infections of the blood, joints, and bones. The symptoms will depend on which part of the body the bacteria have infected.

Does Haemophilus influenzae cause influenza?

The Haemophilus influenzae (H. influenzae) bacterium is a Gram-negative pleomorphic bacillus that can cause various illnesses. Some strains are encapsulated and have distinctive physiology. The bacterial strains are grouped into six serotypes, H. influenzae serotype b being the most common cause of invasive diseases.

In the 1920s, Dr. Margaret Pittman published a study that described H. influenzae strains as encapsulated and non-encapsulated. These strains can be further classified into six distinct serotypes, based on their chemical structures. Type b strains cause 95% of all invasive infections. They cause cellulitis, epiglottitis, pneumonia, meningitis, and septic arthritis. They are also the cause of sinusitis and conjunctivitis.

Haemophilus influenzae is a Gram-negative opportunistic bacterium that is present in the normal flora of the nasopharynx. Its encapsulated strains are more aggressive, causing more severe infections. The bacterium has numerous virulence factors and uses phase-variation in the antigens on its surface. It colonizes the upper respiratory tract before spreading to the other parts of the body, causing symptoms such as pneumonia and epiglottitis.

How does Haemophilus influenzae cause meningitis?

Haemophilus influenzae is a bacterium that can cause meningitis. In most cases, the infection is asymptomatic and may take up to ten days for symptoms to develop. But some cases can take much longer.

Symptoms of meningitis may include fever, vomiting, and blotchy skin. The infection may also lead to fits or confusion. Symptoms are often not visible in infants and young children but are more likely to appear in older adults with other underlying conditions.

Hib meningitis is a potentially deadly disease, particularly in young children. It can damage the brain and cause suffocation. It can also affect the lungs and blood, as well as the membrane covering the heart. Before the Hib vaccine was developed, meningitis was the most common Hib-induced invasive disease in children. One in every 20 children will develop meningitis in their lifetime, and one in every twenty will die of it.

Can Hib lead to meningitis?

Hib meningitis can be a life-threatening infection, affecting as many as one in 20 children. Vaccines are an excellent way to protect infants and young children, as well as close family members. It is best to get immunized as early as possible, especially for young children. The Hib disease can be fatal or can lead to life-long disabilities.

Hib meningitis is caused by Haemophilus influenzae type b bacteria. It is common in the nose and throat, but can invade the body and cause severe infections, including meningitis. It can also cause bloodstream infections, pneumonia, and arthritis. Hib and the influenza virus are different and can cause different complications.

Treatment options for Hib meningitis vary, depending on the severity and type of infection. Early diagnosis and empiric antibiotics are essential to control the infection and avoid its complications. However, prognosis depends on many factors, including age and the presence of a high concentration of capsular polysaccharide in body fluids. If the infection is severe enough, up to 20% of the sufferer will have permanent neurological problems or hearing loss. In a severe case, one in two cases of hib meningitis will result in death.

How common is Haemophilus influenzae?

Haemophilus influenzae is a bacteria that can cause infections and diseases in humans. There are 6 type types of Haemophilus influenzae, each with distinct capsular polysaccharides. These bacteria live in the nose and throat, where they cause infections. They may be transmitted from person to person by breathing respiratory droplets or contact with respiratory secretions.

There are several types of infections caused by Haemophilus influenzae, including meningitis, sepsis, and epiglottitis. The bacteria can also cause pneumonia, septic arthritis, osteomyelitis, and cellulitis. Fortunately, Haemophilus influenzae can be treated successfully with antibiotics, which are usually given as a preventive measure.

Is Haemophilus influenzae viral or bacterial?

A healthcare provider will use laboratory tests to diagnose whether you have a Haemophilus influenzae infection. They will take a sample of your blood, sputum, joint fluid, or pleural fluid. They will then use a method known as Gram staining to look for bacteria in the sample. These tests will show whether the infection is bacterial or viral.

If you have an infection caused by Haemophilus influenzae, you are at risk for long-term damage. In some cases, the infection can lead to severe neurological damage and permanent disability. In fact, before the Hib vaccine was introduced, the condition was the leading cause of meningitis among children under five years of age. However, since the vaccine was developed, cases have decreased. If you do get an infection, it is important to get treatment as soon as possible.

The infection caused by Haemophilus influenzae can range from a mild ear infection to a life-threatening bloodstream infection. The infection usually affects young children, as well as people who have an impaired immune system. In more serious cases, the bacteria can invade the fluid surrounding the spinal cord and brain, causing inflammation and a complication known as meningitis.

Is Hib the same as hepatitis B?

Hepatitis B and influenza are not the same. The disease is caused by different strains of the same bacteria, H. influenzae. In children, one dose of the vaccine is required to prevent the disease. The vaccine is available as monovalent or combination vaccines. They are generally safe when given as recommended. Serious adverse reactions to the vaccine are rare.

Hib can cause a variety of infections in children, including meningitis, an infection of the lining of the brain, and septicemia, a blood infection. Although Hib was once the most common cause of bacterial meningitis in children, the incidence of the disease has declined dramatically in Canada thanks to vaccination programs.

Although all strains of Haemophilus influenzae can cause illness, Hib is the most serious. Symptoms of Hib disease include meningitis and fever. It may also affect the blood and joints, as well as the bones.

Is Haemophilus influenzae a infectious disease?

Haemophilus influenzae bacteria have a red appearance under the microscope. Infections with this bacterium typically take several days to develop symptoms. Healthcare providers use laboratory tests to diagnose this disease. They may take a sample of blood, spinal fluid, joint fluid, pleural fluid, or a middle ear aspirate. The sample will be processed for Gram staining to determine the bacteria’s type and to confirm if it’s the cause of the condition. Often, a follow-up blood or body fluid culture will be performed.

Although there is no known cure for this disease, people can avoid the spread of the bacteria by following some precautions. In some cases, infections with this bacterium can be severe and require urgent medical care. Symptoms of this disease include severe headache, stiff neck, convulsions, difficulty breathing, and drowsiness. The infection can lead to pneumonia, meningitis, or even arthritis. The best way to prevent an infection from developing is to get vaccinated against the bacteria.

Haemophilus influenzae is a common cause of infections in the respiratory system. Infections with this bacteria can range from mild ear infections to serious bloodstream infections. Some infections are invasive and require hospital treatment. In some cases, the infection can even lead to death.