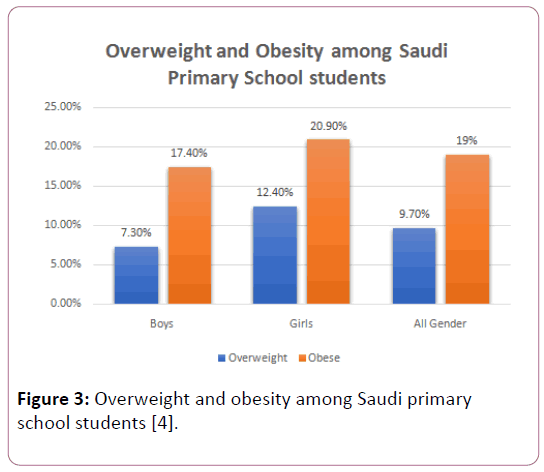 The recent report from the Centers for Disease Control and Prevention, titled “Childhood Obesity in New Mexico: What Does the State Need to Do?” highlights the need for healthy eating and physical activity. Moreover, the report also highlights the role of taxes on sugary drinks. Healthy Kids, Healthy Communities is an initiative that partners with local and state public health departments to improve children’s health, especially in low-income communities. As a result of Healthy Kids, Healthy Communities programs, third-graders’ obesity and overweight rates have dropped by 11.1 percent.

The State of Childhood Obesity: Helping All Children Grow Healthy study, which uses data from the 2017 and 2018 National Survey of Children’s Health, shows that 16.9% of New Mexican children are obese. The highest rate of youth obesity was recorded in Mississippi, while the lowest rate was registered in Utah. Obesity is also a growing concern in the minority communities, particularly among Hispanics and blacks.

The New Mexico Department of Health and Environment (NMDOH) has implemented a variety of strategies to address the growing epidemic of childhood obesity in the state. SNAP DUFB funding will support a program that provides free produce prescriptions to patients with nutrition-related diseases. The SNAP Rx program, developed by the New Mexico Farmers’ Marketing Association, will be paired with three federally qualified health clinics in Northern New Mexico. The program aims to foster partnerships between health care providers and communities, increase demand for locally grown produce, and improve overall health outcomes for at-risk populations.

The New Mexico Department of Health recently released the latest data on childhood obesity and overweight. While this data shows steady declines over nine years, it does not reflect the need for additional resources and collaborations. Although there is some improvement, the overall rate of childhood obesity remains too high. As a matter of fact, nearly one-third of children in the state are considered obese or overweight. This is an unacceptable number, and a more aggressive strategy is needed to combat the epidemic.

A multifaceted approach is required to combat the rising rate of childhood obesity in the state. Efforts from health care professionals, government officials, schools, child care providers, and parents are needed to combat the obesity epidemic. Healthy behaviors can be encouraged by the built environment. Government regulations and policies can also help curb the obesity epidemic. Increased funding for public parks, playgrounds, and walking paths can be effective in curbing obesity.

Interestingly, the new taxes on sugary beverages didn’t seem to reduce consumption as much as they hoped. These increases in taxes had a relatively small impact on volume, at roughly 10%. This result could be attributed to an effect of the new tax on consumption of plain bottled water. In the longer term, however, future research should be conducted to examine how changes in the tax affect consumption patterns among larger consumers.

The study team used available data on the consumption of sugary beverages and demographics in adults to make their predictions. The researchers assumed that Mexican adults would compensate for the lower sugary beverage consumption by drinking more milk. By 2030, the tax should prevent between 86-134 thousand new cases of diabetes. In addition, the study shows that the taxes on sugary drinks may prevent more than half of the new cases of diabetes in adults.

Many states require afterschool wellness programs to include a curriculum related to physical activity, nutrition, and other factors related to childhood obesity. This is a critical first step to prevent childhood obesity. The NDI Letter TRIPLE PLAY recommends the inclusion of cooking and nutrition instruction for children in afterschool programs. The quick start guide, America on the Move, and the 2006-2015 Plan to Promote a Healthier Weight are also valuable resources.

To combat the rising rates of childhood obesity in New Mexico, multiple state agencies are increasing their efforts. According to the latest State of Childhood Obesity: Helping All Children Grow Healthy report, 16.9 percent of children in New Mexico are overweight or obese. These figures are consistent with the national trend. Children in poverty are at higher risk for obesity, and those who do not have access to healthy food tend to be heavier. The report notes that the number of overweight and obese children is also higher in Hispanic and black communities.

In order to address the growing obesity epidemic in the state, the DOH has partnered with local communities to improve access to nutritious food. The DOH also collaborates with the New Mexico Public Education Department to increase physical activity in schools. In New Mexico, physical education classes are a critical part of preventing childhood obesity and related health problems. However, the importance of physical education cannot be stressed enough. During the school day, students should be active for 30 minutes a day.