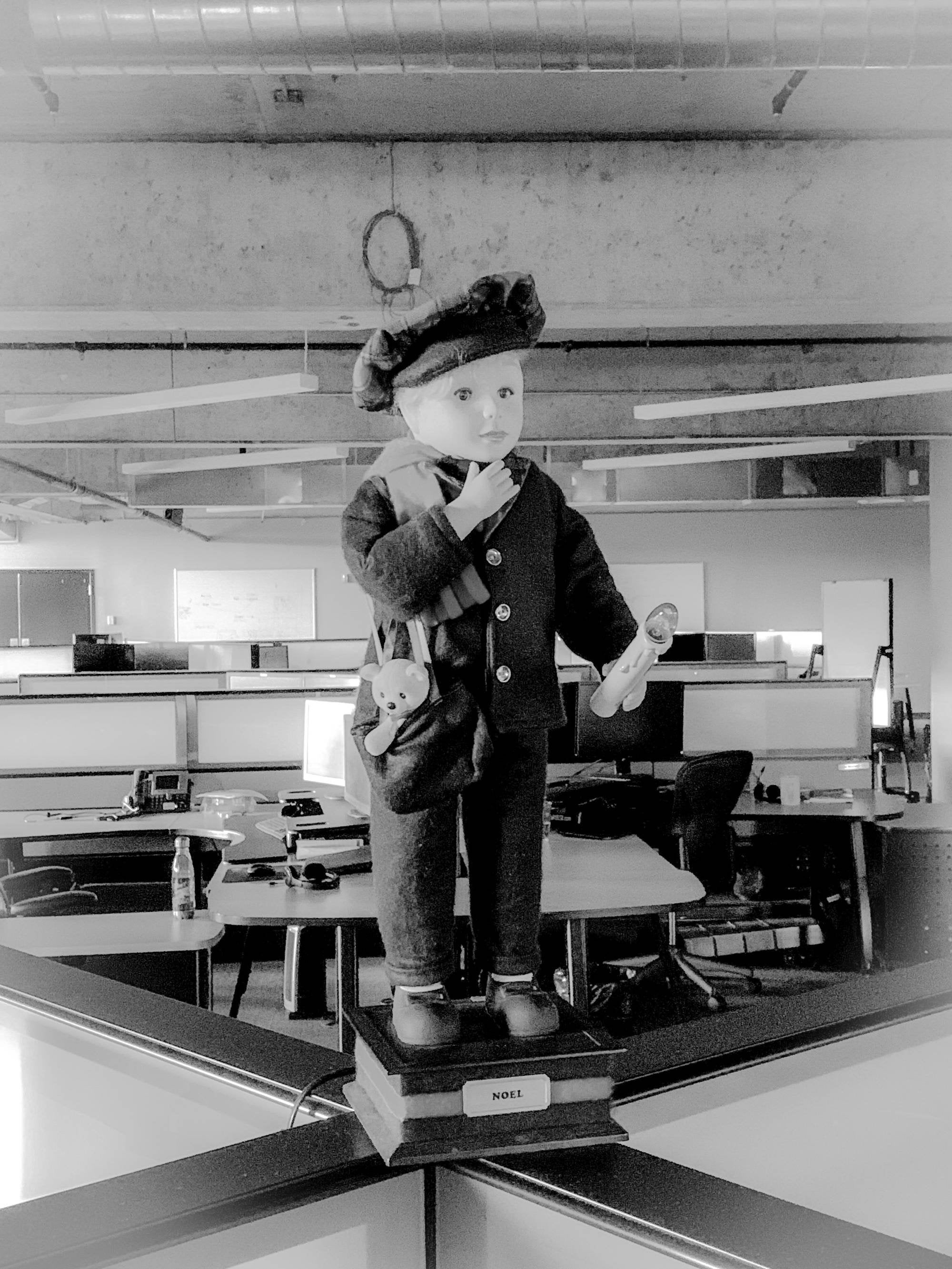 In the 1930s, people had to make do with fewer resources than ever. Instead of buying expensive presents, they crafted homemade gifts from whatever they could manage. This required both money and labor. For example, people unraveled old sweaters to salvage the wool and carved toys out of wood. An old orange crate was repurposed by fusing broken carriage wheels to create a go-cart.

Community Christmas trees have been around for a long time, but they were largely indoor affairs, usually hosted by religious houses. But thanks to electric Christmas lighting, community trees could now be found outdoors, and it would fill a void that many Americans felt at this time. Emilie Herreshoff, an artist and member of a wealthy family in New York, conceived of this idea in the 1930s, and found allies willing to help her get it off the ground. Obtaining the mayor’s approval and the necessary permits for the tree, Emilie began to light up the city’s trees.

The National Community Christmas Tree was located in Sherman Park southeast of the White House from 1924 to 1933. In 1924, the American Forestry Association planted the first live tree in the city, a Norway spruce. However, the tree’s appearance didn’t match the aesthetic of the park, so two Koster blue spruces were purchased. The tree was adorned with countless lights throughout the season and became a symbol of Christmas and community spirit.

Homemade gifts were a common way to celebrate the holidays during the Great Depression. Most of the presents given to children were made from scratch, with the mother sewing dresses from flour sacks or aprons. Boys received gloves and socks. A lucky boy might even get a hand knitted scarf. Gifts during this time were practical and thoughtful. Christmas tree decorations were also made by hand, from paper ornaments to hand-carved wooden ones. Candles also played an important role.

The Depression created a level playing field for people of all classes. Even people who didn’t have much money were still expected to make gifts, and Christmas gifts were no different. Homemade gifts became a way to celebrate the holidays without the added cost of commercialization. Children were no longer spoiled by glitz and glamor. During the Depression, most gifts were homemade or homegrown, and families were grateful for the time spent together during the holidays. Even if it was difficult to shop for presents, Christmas dinner was still a time when people gathered with each other and ate food.

A boy in Oklahoma during the great depression was confronted with a grim Christmas. His widowed mother was unable to buy her son any presents. But a woman dressed in blue swept into his house with heavy baskets filled with toys, food, and clothing. The huddled children listened to their story and smiled, accepting the fact that Christmas would be a tough time. But the story of Yule baskets and their meaning is a relic of a time when most people were stricken with hardship.

The tradition of Yule tree decorating originated in the Celtic world, when Druids and Celts celebrated the winter solstice. The Celts believed the sun stayed still for twelve days during the winter. Burning the Yule log encouraged the sun to move around, making the days longer. They also poured wine over the log, which they lit in the hearth. They did not leave it to burn out because they believed that it would bring bad luck and make the winter months long again.

While the idea behind the holiday party was to create better working relationships within the company, it did not work. A 2007 study by Columbia University revealed that most workers only hung out with their existing circle of colleagues. This trend demonstrates that company functions are not always effective at improving the office culture. Even worse, they sometimes cause boundary-crossing, and can be uncomfortable for some employees. Despite these problems, many companies still hold office holiday parties.

Dimes as a popular gift

While most of us would be amazed to receive coins in the post-World War II era, we might be surprised to learn that the dimes of 1933 were extremely popular. In fact, people created signs demanding dimes to give to their friends and relatives. However, this craze was short lived and the coins were soon replaced by nickels. Nevertheless, we must acknowledge the dimes’ importance in our lives.

During the Great Depression, children waited in front of Santa Claus in anticipation of a small, homemade gift. During this period, children were excited to see the arrival of the big white man in red clothing and a stocking filled with an orange. Many people who lived through the Depression remember receiving an orange as their only gift on Christmas morning. Other gifts during this time included homemade candy, dolls, and fruit.