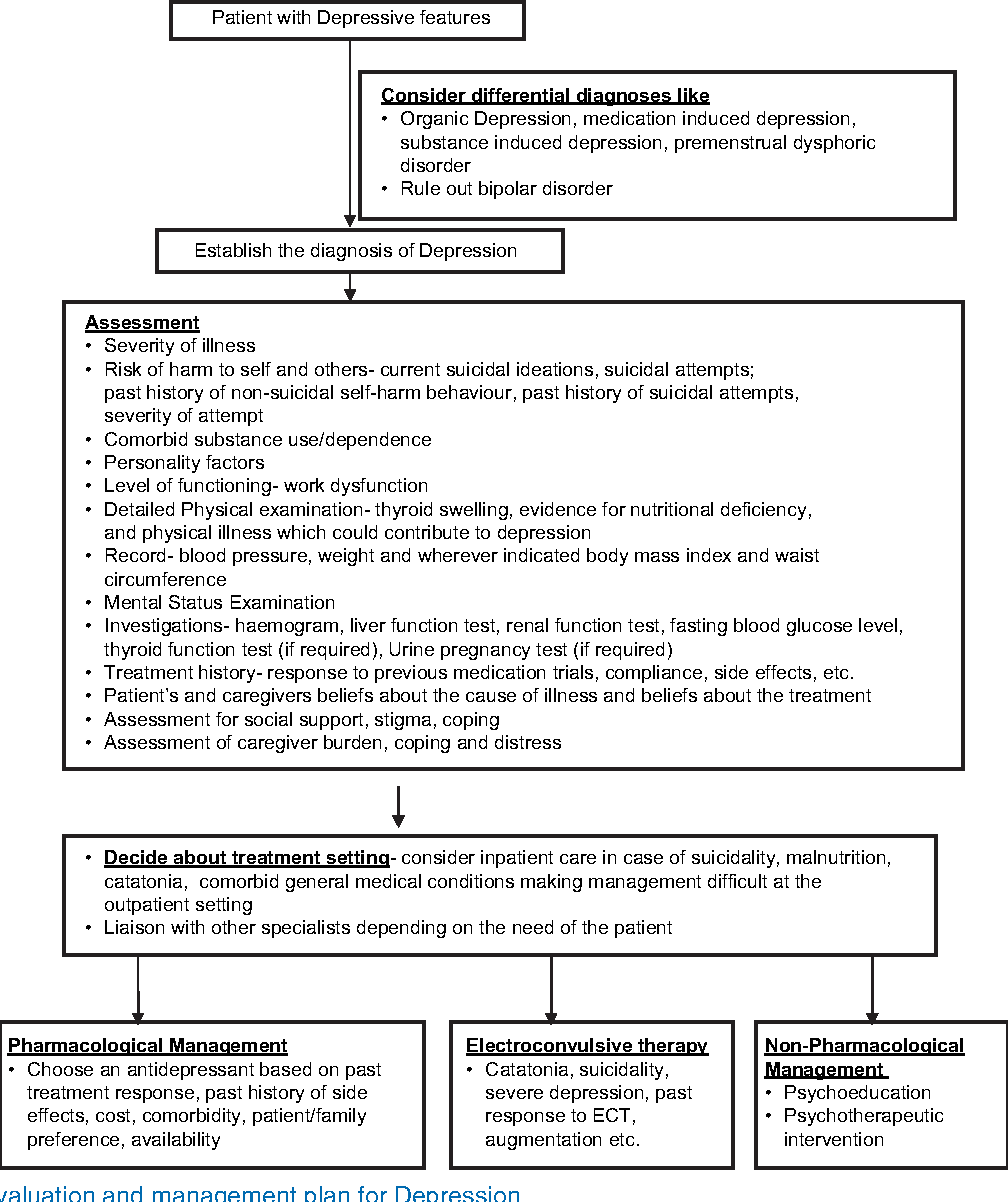 Despite the evidence of better outcomes with less-abusive treatments, depression management guidelines still prescribe antidepressants, although most patients cease taking them very soon. These guidelines reflect powerful interests of pharmaceutical companies and psychiatry, which have limited the scope for addressing the social determinants of distress. A clear-sighted revision of the guidelines would incorporate a serious engagement with the psychosocial determinants of distress. In particular, guidelines should include recommendations on adhering to antidepressant refills.

According to the USPSTF, screening for depression should be done in all adults over age 18. The rates of depression vary widely by race, sex, educational level, marital status, and employment status. Generally, rates are higher in women, young adults, and nonwhite individuals. Also, people with a history of depression or other serious psychiatric illness are at increased risk. People who are unemployed or undereducated are also at higher risk.

There are a number of limitations to depression screening. Several large randomized controlled trials have not been conducted, and more research is needed to determine its accuracy and effectiveness. Also, data on the optimal interval for screening are lacking. Moreover, there is little information on the effects of depression treatment, particularly in pregnancy and postpartum women. Further research is needed to assess barriers to establishing effective systems of care.

The treatment guidelines for depression vary, and the exact treatments and duration of these measures will vary from one individual to another. Generally, these treatments include antidepressant medication that takes up to six weeks to begin working. Other treatment options include lifestyle changes, education, and social support. These methods are usually not sufficient for treating the symptoms of depression. In severe cases, patients may require hospitalization. A psychiatrist may prescribe antipsychotic medication or other psychiatric medications.

Electroconvulsive therapy (ECT) involves stimulating certain nerve cells in the brain by delivering electrical pulses. This treatment is often prescribed for individuals who have failed to respond to antidepressant medications or who are at high risk of suicide. Transcranial magnetic stimulation (TMS) is another form of treatment for depression that does not require any drugs or surgery. This method involves implanting a small magnetic coil in the skull that stimulates nerve cells in the brain. The treatment of depression can include psychotherapy and lifestyle changes.

Earlier studies have suggested that many workplaces fail to provide adequate mental health services to their employees who experience depression. Among these workers, 52.8% of respondents did not acknowledge that they had depression but were still not seeking treatment. These findings are consistent with those found by the U.S. Preventive Services Task Force. However, barriers to accessing mental health services are often not just one-time events. Some individuals may experience both structural and attitudinal barriers that make it difficult to access specialized services.

One barrier to treatment for depression is the stigma of the disorder. While the Affordable Care Act has made it easier for individuals to obtain health insurance, more work is needed to integrate screening and treatment. Understanding the specific cultural stigma associated with depression will help in developing successful initiatives and campaigns. Finally, effective treatment strategies will need to be available to all strata of society. And as a result, we should aim for a measurable reduction of these barriers.