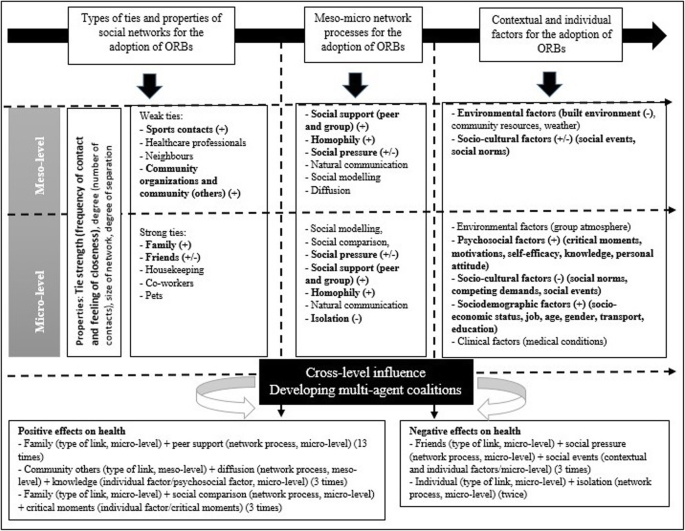 The effects of globalization and long working hours are not the only factors in obesity. Some cultures have a culturally specific view of how large the human body should be, and they tend to eat the foods that they know and are used to. Low income and culture specific beliefs about body size are also factors. But regardless of culture, many Americans are overweight or obese, and the effects of these factors on the overall health of the population are widespread.

Globalization has brought increased access to unhealthy foods and more sedentary urban lifestyles to lower-income countries. These changes have combined to create a “perfect storm” of public health problems. While many developing countries continue to grapple with malnutrition and high rates of infectious diseases, globalization threatens to exacerbate these problems. While the globalization of our food supply and lifestyles has certainly shifted the balance in favor of unhealthy foods and sedentary urban lifestyles, it may actually increase global obesity rates.

Globalization has led to the spread of knowledge, technology, culture, capital, and healthcare. It has lifted millions out of poverty, reduced infectious disease, and improved quality of life. But globalization has also increased people’s waistlines, causing an obesity epidemic among the poor and developing world. The current obesity epidemic has many implications for public health, but one of the biggest is the impact of globalization on obesity. As a result, the study authors recommend that we look beyond the economics of globalization to examine the social and political factors that lead to obesity.

The effect of long working hours on obesity is not clear. Previous studies have shown that long-work hours are associated with an increased risk of obesity. However, the results in this study suggest that occupational activity may mediate this effect. According to Luckhaupt et al., reduced opportunities for LTPA may moderate the relationship between long work hours and obesity. Despite the conflicting findings, it appears that occupational activity may mediate the effect of long work hours on obesity.

Although the association between long work hours and obesity is not completely clear, some studies suggest that this relationship exists. For example, Yamada et al. studied the association between long hours and obesity in 2002. Other recent studies include Luckhaupt et al. (1998), Nakamura et al., and Lallukka et al. (1998). These studies suggest that long hours of work may increase the risk of obesity in men.

It has been found that certain cultural beliefs about body size are associated with obesity, particularly among Hispanic and non-Hispanic Black youth. This is because cultural norms and traditions often lead to parents being content with their children’s weight. For example, sociological studies show that Hispanic women prefer to see their children with a skinny figure rather than a fat one. Furthermore, these cultural beliefs may have an effect on the type of food children consume.

Although societal norms vary across cultures, most research has shown that obesity is a public health issue in the Pacific Islands. For example, Polynesian societies, which are predominantly Pacific Islanders, attribute plumpness to community health and fertility. In contrast, Westerners do not associate plumpness with health, and they may regard obesity as a social sign of unethical behavior. For these reasons, cultural ideals and attitudes toward obesity are a crucial topic in research on obesity.

This paper examines the associations between income inequality and obesity in New York State. It found that counties with higher income inequality had lower obesity rates. The degree of this relationship varied, however, indicating that the income-inequality influence varies across counties. Further, there was an association between the Gini index and obesity in women, but not men. This study also uncovered an association between obesity rates and marital status.

The authors point out that the relationship between income and obesity is unprecedented in human history. This is a departure from the typical model of human evolution. In earlier times, the rich were fat and the poor were skinny. However, today, the opposite is true. The correlation between income and obesity is not only statistically significant, but also potentially life-saving. The study also notes that income inequality affects children’s weight in the future.

Studies have shown that socioeconomic factors, such as a family’s socioeconomic status, can play a role in the rise of obesity. The Mexican Family Life Survey, a multipurpose random national survey, collected information on 8441 households and 38,233 individuals in 2002. The study followed up with 3202 children from 2009 to 2012. Researchers used logistic regressions to analyze the relationship between family characteristics and children’s body mass index. This analysis controlled for individual weight-related characteristics as well as socioeconomic status.

The results of a recent study suggest that cultural and family norms may play a role in increased childhood obesity among non-Hispanic black and Hispanic youth. Cultural norms may lead parents to be satisfied with a child’s weight. For example, sociological studies show that Hispanic women are more likely to desire a slim figure than a larger one. Similarly, the types of foods children eat may be influenced by socioeconomic status and cultural traditions.

Effects of culture-specific beliefs about exercise

This study explores cultural influences on physical activity and exercise beliefs, and how they can inform the creation of culture-sensitive exercise prescriptions. It used a mixed-methods design, including semistructured interviews, focus groups, and quantitative measures. Although findings are applicable to the CKD population, other cultural differences could also influence individuals’ exercise behaviors. The study found that males from W ethnic backgrounds related physical activity with social events, such as football, rugby, or pub cricket teams.

The study found an association between national cultures and BMI. It examined 53 low-, middle-, and high-income nations. The authors found that countries with higher levels of individualism are generally heavier than those with lower levels of individualism. The results of this study are particularly important because the Gini index becomes significant for some national cultures while it is not for others. This study was conducted with data from a wide range of countries, and its results are likely to be useful for a variety of studies.